Link to this article: https://orisha.me/asheEVyzP 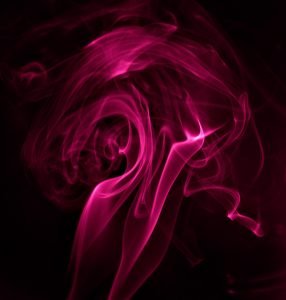 Nobody can sell you a spirit.  On the “food chain” of beings, humans are granted certain abilities by Nature, but the ability to buy or sell an alterdimensional being is not one of them.

Some conjurers may use the term “selling” as a sort of a short-hand for “smoothing the way for you to have access to,” but they are not actually selling you a spirit.  If they are not totally scamming you, and they actually do the work, they are just weaving a channel between you and that spirit for communication or flow of a certain energy.

Djinn, gnomes, ndoki, faeries, elementals, and other alter-dimensional creatures can be enlisted or employed, but still not actually sold.  They will allow themselves to be utilized to a degree, so long as a human goes through the proper steps, but one must be very careful.

There is a sort of image that some conjurers choose to present to the public as one who is able to command demons and control djinn and such, and this is legitimate since it works.  However, one should realize that this image is allowed by the spirits only because it is useful to convince some people who wouldn’t otherwise, to accept help.  Many entities are fed by happiness and success, and for them it doesn’t matter so much if the humans think it is because of the powers of the conjurer or the powers of their own or of Nature.  They are just happy to help, and if it means playing the “genie”, then so be it.  It takes nothing from them.

However, it is extremely important to remember that these are extremely powerful whole beings.  They are not actually our slaves or servants.  Like a polite, very helpful, or heroic human may choose to work as a nurse, a soldier, or go into some other field of service, this does not mean they are weak or obligated.  They choose to be there for us or not be there for us.  They choose whether or not to help us or to leave us, or to destroy us. 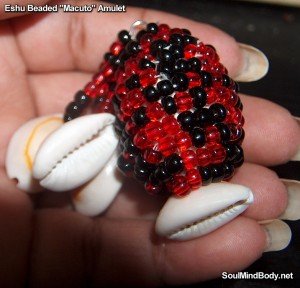 If you disrespect the spirits who help you, they will abandon or destroy you.  Most of the time, you are given an nkisi or another item such as a stone or ring that is a sort of anchor and bridge between that being and yourself.  These must be treated as sacred items.  Some have more endurance than others, and can be worn or carried in a pocket, but they should still be treated with respect.

If your helper requires offerings, those should be kept up to date to the best of your abilities.  You need to follow the instructions you were given very carefully, and make provisions for the case that something may happen to you, and they need to be released.

And this is just if you got an actual properly enlisted djinn, ndoki, faery, or other being.  Quite often, especially if the conjuring and maintenance was “easy”, what you may get is a mischievous or predatory, often called a dark entity that feeds on misery and unhappiness.

This is not to say that all of the positive ones are difficult to conjure.  It’s just that a big part of the “summoning” ritual is to filter out harmful entities or imposters.  Most ceremonial magicians take weeks or months to call certain entities, and still don’t always succeed.  As Brother Rahman explains in the link above, we can do a long stint of protective prayers, fasting, filtering, calling, negotiating, “commanding”, offerings, and more, and in the end…nothing.  Sometimes no spirit wants to come to assist for a particular goal.  We just have to accept that.

But this should tell you, they choose, not us.

Related to the article on symbols, and the other on elekes, it is important to discuss three dimensional objects as well. Though someone can’t sell you a whole actual spirit, some translation issues may lead to some posers thinking this because some legitimate priests and mages do sell or receive donations for building fetishes and other enchanted items. Because in African spirituality, the item would not merely represent the spirit but embody it once it is activated or through nature (such as stones from holy rivers) the dynamism of the Ori or Ba of the person who built it, or ceremony.

So one cannot sell you Eshu, but they can sell you an Eshu (fetish). The question is then should they?

That depends on a few things.

Because of the relative universality of many spiritual concepts, any sincere spiritually observant person is usually able to handle a fetish if they are well instructed and ritually pure according to its culture and pantheon. Problems start when someone will sell things to any and everybody who asks with no regard for where the item is going, or when people receive items from distributors or builders who are corrupted or have an agenda other than providing you means of observance or help.

It is not wrong to sell someone a fetish or to buy a fetish if you are not skilled enough artistically to build one yourself. There are whole egbe of craftpersons in Africa who make fetishes of metal, wood, and holy art. No one in their right mind however, is going to sell a fetish to someone who is unlikely to care for them properly. When buying them, one should be aware of how such things are made.

Makes you think, does it not? There are hundreds or thousands of fetishes and sacred items in European museums whose infused be-ings have not been respected, fed, or tended to properly in decades to hundreds of years. So brutal wars are breaking out in which spiritually, nothing is solved. They keep falling for the same cultural weakness inherent in “white” supremacy, even in places where people would not have been considered “white” really. Neo nazi groups keep popping up again and again, and it is the lowest hanging fruit for any psy ops sabotage of any of their armies or police.

Whether psychologically or spiritually, it is pretty safe to say that the idea of property rights over other people’s cultural artifacts and sacred items, along with the idea that somehow being European would excuse their neglect, at least feeds that weakness. The spirits don’t care. They know everyone is descended from Africa, so there is no excuse.

Now, you don’t want to have this problem on an individual level either. If someone has sold you a ring who needs feeding monthly, you’d better feed that monthly. If someone sold you an acorn with a forest spirit to keep you safe while pleasure hiking, and they require a roasted chicken every two weeks, you’d better give that. Take these things seriously.

If you’re going to buy a fetish or enchanted items or an observance kit from someone, know who they are before you do. Nobody is perfect, and we don’t tend to judge people by friendliness or something, but whoever you buy things from at least needs to know what they are doing. Also, if you see too much in an observance kit that is mass produced and not handmade, that is a bad sign. Even if it is handmade, but it doesn’t look like it could endure actual ceremonial use, that is another bad sign.

Be aware that like a symbol, a fetish can carry energy that is harmful to you. Sometimes people will buy something for protection from someone corrupt, and it will turn out that it was harboring hostile beings. Scary as it may be, it’s the lucky ones whose natural protections and power gained through observance makes it an actual fight so these hostile energies are detected. The unlucky ones will keep some enemy in their home and on their altar, and feed it for years before figuring out that it was the cause of a lot of their misfortunes.

So be careful, and empower yourself with knowledge so that you know what you’re looking at.